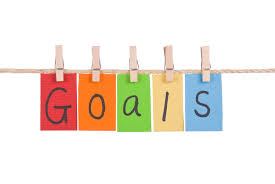 March officially kicked off last week and with the spouts of warm, sunny weather we’ve had recently it’s gotten me really excited for the spring season and overall just new goals this month. I came across a fellow blogger’s post about goals for the month of March and decided to follow suit and do the same.

What about you? What are YOUR goals for this month and the remainder of the year?

If you’ve been paying attention, you’d know President Donald Trump has declared a war with the media.

Why, you may ask?

Because according to him, all the media prints are ‘alternative facts’ and ‘lies.’

Well, I for one, call bullshit.

I’m not saying that news outlets are perfect and never make mistakes, because we do–usually unintentionally–but, what he is implying is outright ludicrous, offensive and damaging to our credibility as journalists. And I especially take offense because I am a journalist. And I’ve worked damn hard, just like the rest of us, to become one.

Now I can’t sit here and claim I’ve never made an unintentional mistake or two here and there because that would be a lie. I’m only human, after all. And Despite Trump doing his best to make media the anti-Christ, there are people out there who, thankfully, still believe in us media. They rely on us to report the truth, inform them of current events and breaking news happening locally, nationally and internationally.

And to those people who support us, I thank you.

As for those who are on Trump’s side in regards to the war with media, I am astounded. I am astounded because so often I come across people on social media sharing and re-posting news articles that aren’t from a reputable or even real news site but, believe it’s real. They fail to do any work of their own to check the credibility of that site/publication and instead  just assume that actual, legitimate news organizations are just full of straight crap.

As a reporter, I strongly urge to anyone reading this to please, please, please in the future consider double-checking the news sources from where you’re getting stories and re-sharing from. Because not only do I take offense to this on a professional level, but it also makes me lose respect for your personally to see you didn’t care enough to even bother double-checking your source(s).

It truly is a shame that there are so many people who side with Trump when it comes to blasting and ragging on the media day in and day out. And I don’t simply say that just because I am a journalist. I would be pissed even if I wasn’t a journalist because I would still rely on them to report the news and keep me informed and educated. I would rely on them even if I wasn’t a journalist because I know that they actually went (or you know, should have) to school to earn their degree in it. And yes, a degree in my opinion separates the real journalists from the non-real journalists. But, that’s a completely different topic in itself.

Being a reporter in the present when Trump is president is tough. It’s not easy. And while the chances of Trump ever noticing and calling me out personally or the newspaper I work for on something we reported on are like 1 in 1 million, I still stand by my fellow reporters across the state, across the nation and across the globe. And I appreciate so much the news outlets who took a stand against Trump and Sean Spicer regarding their recent press conference by not attending it even if they were actually on the very exclusive, small list Trump created.

Being a reporter in the present when Trump is president is frustrating. Even though I work for a small paper, I (well, mostly the paper I work at or any newspaper/other news outlet in existence for that matter) still deal with and experience people’s nasty comments on news articles we write–saying we’re this and that because of what we report; or how dare we report on this; how dare we not report on that; etc. Of course, there is always going to be something, whether it’s Donald Trump or regular everyday people sitting behind their computer monitor, that people dislike about what my newspaper or other news outlets report on. And that sucks.

No profession goes unscathed by people who call out their flaws and rag on them now and then but, in Trump’s term as president right now, the media is definitely subject to more scrutiny and hatred a lot more openly and frequently.

So my point is, please consider formulating your own thoughts about the media before just blindly jumping on Trump’s (or any one who is anti-media) bandwagon. Perhaps through your own fact-checking you’ll see that maybe it’s not actually the media that has it wrong, but the viewer/reader of the news just happens to have a different perception of what is being reported.

It’s OK to have different perceptions, thoughts, opinions — all that. That is what is great about this country–our ability to have different perspectives. But, what’s not OK is simply bashing the media and/or other people/professions just because you don’t agree with them on every minute detail. The media can’t and shouldn’t be the enemy just because you or Donald Trump don’t agree with what is being reported. You can’t claim something is a ‘lie’ or an ‘alternative fact’ simply because you disagree.

Like I said, I for one stand with the media whether I am a part of it or not. Who knows, maybe one day in the far future I may no longer work in the media but you can be sure as hell I will still support them 100 percent. And trust them. They do have a degree in it after all. And, because I know well enough and understand that journalists are human, too, and make mistakes from time to time but that just because they do doesn’t mean they’re bad people, ignorant, stupid, or reporting ‘alternative facts.’ Sure, you can be a Trump supporter all you want but, for crying out loud, politics aside, even before this war was declared with the media by Trump, you should have been doing your damn research. And so if you haven’t, now is as good a time as any.

Again, even if I wasn’t a journalist, I would still be urging you to do the same–fact check. But I am even more strongly urging you to be informed because I am a journalist. Trust me, nothing makes anyone more annoyed (I can only assume), when people don’t bother to fact-check and make sure that the news they’re seeing,  re-sharing and believing is actually legitimate.

So please, do your part by verifying the news site’s legitimacy before hitting “share” on Facebook or “retweet” on Twitter. It’ll give a lot of people, but especially us reporters, less of a headache.

Blurring the lines between poetry and prose

But poetry, beauty, romance, love, these are what we stay alive for

danventuretravels.wordpress.com/
welcome to my blog

Understanding ourselves and the world we live in.

"where angels are truly found"